After two years, a dozen meetings with Sonoma State University Facilities Management, and failed attempts get grant funding, Ashleen Rai’s vision for a more sustainable campus through water conservation has been realized. In April 2017, Sonoma State University (SSU) Facilities Management and the Campus Planning Committee approved Ashleen’s project to install the campus’s first rainwater capture system. This project will be located on the north side, behind the Environmental Studies and Planning (ENSP) Environmental Technology Center, and will provide irrigation water for the nearby Classroom Garden. Ashleen hopes that this will be one of many rainwater capture systems on our campus. Her story is an inspirational example of how student-­‐led projects can be successful with persistence, research, and collaboration.

Ashleen is an SSU ENSP major with a water resource and management concentration, and she is also pursuing a business minor. This hardworking fifth-year senior is from Sacramento, California. Her 2017 summer internships include working with the Leonardo DiCaprio Foundation on environmental projects and reports (http://leonardodicaprio.org/) and Professor Maryam Shafahi at California State Polytechnic University, Pomona on aquaponics systems (combining fish and plant growth) research.

She first got the idea for a campus rainwater capture system in spring 2015, after she came back from an alternative spring break trip organized by JUMP. Join Us Making Progress (JUMP) is part of the SSU Associated Students and provides students with the opportunity for personal growth, leadership, and education through service to the campus and the community (http://web.sonoma.edu/as/jump/). Ashleen’s alternative spring break was to work with environmental nonprofits in Humboldt, California. One of Humboldt State University’s sustainability projects that she visited was an on­‐campus house where students can live and build inventions. This house had a small greywater capture system to reuse and filter household water (from the sinks and other appliances) for plant and landscape irrigation. The idea popped into Ashleen’s head that SSU should have a greywater or rainwater capture system.

Often, good ideas die without keeping it alive with research and development. Ashleen delved deeper into the topic of rainwater capture systems through her internship at North Coast Resource Conservation & Development Council (NCRC & DC) in Santa Rosa, California. NCRC & DC is a nonprofit organization that works on projects to promote environmentally-­‐sound agriculture practices and the protection of natural resources (http://www.ncrcanddc.org/). Ashleen described her one-­‐year internship with NCRC & DC, “I was an assistant project manager and organized events. I did hands-­‐on work and installed a rainwater capture system at an elementary school.”

Determined to bring a rainwater capture system to SSU, Ashleen wrote a research paper describing the benefits of these systems. In this report, she described how rain barrels can be installed to capture and store rainwater from impervious surfaces (such as a roof) during storm events. These barrels are low-­‐cost, effective, and easily maintained systems that build their own sustainable water supply and preserve local watersheds by detaining rainfall on a property.
Retained water may be used for landscape irrigation, other outdoors non-­‐potable uses, and in some cases, may be used indoors. Ashleen explained, “Rain barrels can vary in size, anywhere from a small tank that is 100 gallons to a large tank that is 5,000 gallons, and they come in a wide variety of shapes, colors, and designs. The barrels typically require very little space and can be connected to the gutters. Cisterns are larger storage containers that can store 200 to over 10,000 gallons, and these can even be installed underground to save space.”

Ashleen shared her report in Fall 2015 with ENSP Professors, Dr. Laura Watt and Dr. Daniel Soto, who were both supportive of the project. Dr. Soto recommended that Ashleen pursue some grant funding. At a Sustainability Council meeting, Ashleen heard from Liz Platte-­‐Bermeo, the Director of Sustainability for JUMP, about the Greenovation Fund program and decided to apply. The Greenovation Fund is a micro-grant program funded by the California State Student

Association (CSSA). It is a resource to fund student-­‐led sustainability events, programs, initiatives, and projects at California State University campuses. Since its establishment in 2011, the Greenovation program has funded 50 student sustainability projects. Ashleen applied for a
$2,000 Greenovation grant and was awarded the funding in January 2016. The only problem was that Ashleen needed approval from SSU Facilities Management and the Campus Planning Committee to install the rainwater capture system. Was this a “cart before the horse” situation where Ashleen prioritized grant funding before project approval?

Erik Dickson, Executive Director of SSU Associated Students, suggested Ashleen meet with Carol Ingerman, Director of Campus Planning, SSU Facilities Management Administration. Ashleen said, “Carol has been a big supporter of my rainwater capture project since the beginning. I have had so many meetings with facilities and Carol has been at most of them. She gave me a lot of advice.” After several meetings, the Greenovation grant expiration date of June 2016 was fast approaching with no final decision by SSU Facilities Management due to outstanding issues regarding location approval, tank storage size, seismic needs, and irrigation methods. When the Greenovation grant expired, Ashleen could have given up on her idea. However, this was just a bump in the road and not a dead end.

In Fall 2016, Claudia Sisomphou, Associated Students Sustainability Senator, mentioned that Carol asked again about the project. Carol shared many accolades about Ashleen and exclaimed, “Ashleen’s a real go-­‐getter. You know she’s going places.” Ashleen set up meetings with Carol and Christopher Dinno, Associate Vice-­‐President for Administration and Finance, Facilities Operations and Planning, and they advised her to research how the rainwater capture system will affect campus aesthetics in regards to design and architecture and what would be the direct and indirect benefits of the project. Subsequently, Ashleen completed a more in-­‐ depth report. Most impressive were her estimates of wasted annual rainwater that averaged up to 30,000 gallons based on an average rainfall of 38 inches per year in Rohnert Park, California. She discovered that several other California State University campuses had rainwater capture systems, including in Channel Island, Humboldt, Monterey Bay, and Stanislaus. To ensure that aesthetics would not be compromised, Ashleen included photos of the potential location of the rainwater capture system and used Photoshop to insert example barrels behind the Environmental Technology Center (ETC) and near the Classroom Garden.

Both the ETC and Classroom Garden are managed by the ENSP Department. As a model for sustainable building techniques and technologies, the ETC includes energy management control technologies, environmentally-­‐sensitive materials, passive solar heating and cooling, daylighting technologies, and a roof-­‐integrated photovoltaic system. Next to the ETC building, SSU students have maintained a food-­‐producing organic Classroom Garden on campus. SSU student volunteers harvest over 1,000 pounds of produce a year. The food is donated to the local food bank, Neighbors Organized Against Hunger or NOAH. The organization assists 200 to 300 households each week.

Between meetings with SSU Faculties, Ashleen asked Professors Caroline Christian and Karna Wong for advice. Dr. Christian oversees the Classroom Garden and was enthusiastic about the project. Dr. Wong suggested applying for the Watershed Academics To Enhance Regional Sustainability (WATERS) grant and agreed to be a faculty sponsor. WATERS is a collaborative endeavor between SSU and Sonoma County Water Agency to undertake projects that enhance watershed management and academic training of students (http://web.sonoma.edu/cei/programs/watersheds.html). In Spring 2017, Ashleen and Dr. Wong were awarded a $3,000 WATERS grant in partnership with a couple of nonprofit organizations, Daily Acts and Engineers Without Borders.

volunteers. Jessica Pollitz is a Civil & Water Resource Engineer at Sherwood Design Engineer, and Michael Cheng is a Senior Project Manager of Engineering at Amy’s Kitchen. Ashleen said, “Dustin, Michael and Jessica explained how they installed a rainwater capture system at a nearby elementary school. They told us about different ways to secure the tank with L-­‐shaped brackets or a protective ring to keep the barrels in place. Their expert advice really helped push the project through. Jessica also created designs to ensure safe installation.”

On April 7, 2017, Ashleen Rai presented her detailed report about SSU’s rainwater capture system. SSU Facilities Management and Campus Planning Committee Members were impressed with Ashleen’s research and knowledge about the subject. They approved the project by unanimous vote. Stan Nosek, Interim Vice President for Administration and Finance, Chief Financial Officer and Co-­‐Executive Director for the Green Music Center, said that approving this project was a “no brainer.” He owns a rainwater capture system at his home and fully supported purchasing two tanks for the campus. Other members agreed that this project would be well received on campus, and in the community, as an example of how SSU is committed to sustainability. They predicted that Ashleen’s project was the first, but probably will not be the last.

Ashleen’s success has been recognized on May 3, 2017, SSU Science Symposium where she was awarded the “Best Waters Poster.” The Science Symposium showcases the scholarship and achievements of SSU students (https://web.sonoma.edu/scitech/symposium/). At the symposium, Ashleen presented her most recent research on the Copeland Creek which runs behind SSU. She discovered that the creek had an unhealthy level of phosphorous and nitrogen as part of her research project with Professor Jackie Guilford. Ashleen explained, “This is usually caused by a rooftop runoff. Now, if we can take that rooftop runoff and redirect it into water tanks that will filter the water and be used in the garden, we are not only benefiting the intermediates of the campus but the community as well. By allowing less nitrogen and phosphorous to enter the creek, this helps the native plants, fish, and wildlife.”

In May 2017, Ashleen and Dr. Wong expended their WATERS grant by ordering two 2,650 gallon rainwater capture barrels and a booster pump kit (which electronically moves the water slowly through irrigation lines) through National Storage Tank (https://www.nationalstoragetank.com/). This Santa Rosa-­‐based company has worked with our community partners, Daily Acts, and Engineers without Borders, in the past and has generously donated a flush kit to filtrate out leaves and debris. In July 2017, the barrels will be delivered to SSU Environmental Technology Center. Ashleen declared, “I really wanted this project to be completed before I graduated,” and because of her persistence, this goal has been fulfilled. She stated, “The inspiration behind this project was not only to help design a more sustainable campus but also allow this to be a stepping stone for other students to create projects that will benefit our campus. College campus should be a place that allows students to have the freedom to become innovators and take ideas from a piece of paper to life.” The rainwater capture system will conserve water and help sustain the Classroom Garden. It will also provide educational opportunities for students to learn about drought management and agricultural irrigation systems and benefit the SSU community for years into the future. 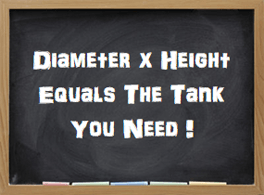